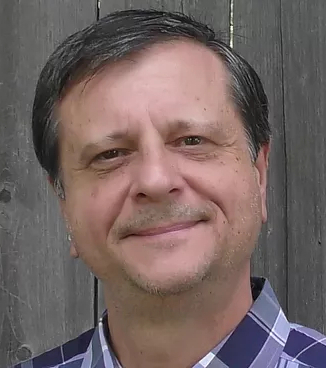 I am a retired (2021) Professor of Pediatrics at the University of California Los Angeles (UCLA) School of Medicine, the Co-Director of the Stable Isotope Research Laboratory at the Lundquist Institute for Biomedical Innovations (LUNDQUIST) and Investigator at the Clinical and Translational Research Institute at the Harbor-UCLA Medical Center with a primary focus on studying cancer cell metabolism with the use of a specifically designed 13C-glucose and deuterium tracers along with mass spectroscopy. I am the inventor of the Human Deutenome Project (HuDePro) in order to map the distribution of deuterium in the human body with structural and functional interpretations as it relates to disease and health.

In 1990, I moved to Columbus, Ohio, and joined the history-making laboratory of Drs. Zollinger and Ellison, who discovered hormonal regulatory mechanisms involved in pancreatic cancer growth where I trained in biochemistry, diagnostics and integrative treatments.

In 1995 I became the lead investigator to clinically apply 13C and 2H (deuterium) based stable isotope technologies to study diabetes and cancer cell growth in vitro, in animal models and human cohorts at UCLA.

I am an expert in using metabolic profiling and mitochondrial nanomechanics to the further understanding of particularly aggressive cancers. I also participate in research projects targeting population metabolic disorders, such as diabetes and obesity, and I am involved in discovering the underlying mechanisms of rare metabolic disorders arising from genetic mutations affecting vitamin transport.

I am an internationally recognized expert of metabolic water biochemistry as well as deuterium mediated kinetic isotopic effects in health and disease, which are translational fields of Deutenomics in medicine. My most recent studies target deupletion and deuposition related mechanisms as the result of intra-cellular hydrophobic lipid membrane nanoconfinements via the Quantum Destabilization of Protons in metabolic water.

I am the recipient, among others, of the:

The COVID act in the soap opera of targeted genomic medicine