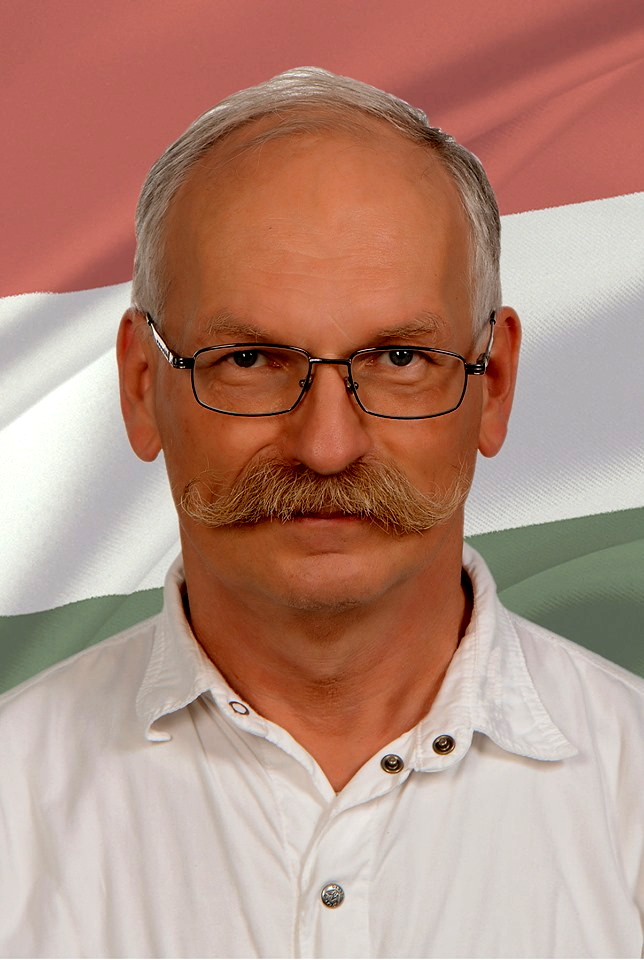 He was born in Eger on March 24, 1955 in a family with stock market roots.
His education was started at the No. 1 School in Eger, continued in Miskolc and finished in Gyöngyös, where he graduated in 1973 at the János Berze Nagy high school.

These changes happened because of his father's past in 1956, when he was in prison, and after his release, when the information reached his new school, the responsible director
always made it so that he had to leave. Even his grandfather was imprisoned in the castle prison in Eger after the "Liberation".

Despite his excellent certificate, he was only able to enter the high school by a secondary admission.
This established his fighter behavior and made him to take decisive action against unjust systems.
After high school, he went to the Medical University of Debrecen, where he graduated as a general practitioner in 1981. The love of the city and the homeland drove him home and from 1981 he worked at the Markhót Ferenc Hospital in Eger, where he first took a surgical, then traumatology and orthopedic specialist exam.

He is married, he have 3 children - 2 boys and a girl, the children are 35, 33, 22 years old.
The eldest also works in healthcare, as an ambulance man, the second one also lives in Szeged as a doctor and teaches at a university, at the Institute of Behavioral Sciences, he is married and the father of a small child. The youngest child, a daughter, is a four-year law student at the Pázmány Péter University of Law.
In addition to his medical work, he always did community work, he was the head of the Medicaritas

Medical Union at the hospital for many years, he was also in this position in 2008 during the reign of Hosp Invest, together with the Nurses' Union, they organized the Hospital's resistance against the hospital privatization, which was meant a more year long struggle, get involved in leaving the hospital for 2 years, but the struggle was successful, the complete collapse of HospInvest was achieved, thereby preventing the privatization of other hospitals in the country, and the Hungarian healthcare system was saved from collapse.

From 2010 to 2016, he worked again at the Eger hospital, and then, as the president of the Eger Medical Chamber, he fought again, for the sake of the hospital and the patients, with the hospital director, who was transferred here suddenly. He received the authorization from the County Medical Chamber to step in public, since the CT scan was regularly not working in the hospital, there was no hot water, and the instrument sterilizer was not working, which endangered the lives of the patients. The fight was successful because the director was removed. But he failed to return to the hospital in Eger, he was once again forced into political exile, and he is still like this to these days.

Currently, he is the head of the Medical Chamber, where he regularly organizes further training, organizes the Doctor's Ball, which has become a tradition dating back decades, as well as gatherings of pensioners and residents.

On July 8, 2010, received the Pro Sanitate award from the minister Dr. Miklós Réthelyi for his hospital protection work.

The Hospital Protection team received the Sumnum Bonum award from the National Medical Chamber.
He has been the president of the Hun Fokos Szövetség Hagyományőrző Egyesület for 15 years. During that time hundreds of lectures, traditional events, historical competitions in high schools were organized for the residents of the city of Eger. He also organized film screenings and national conferences about the Holy Crown, Water, and Earth.

As a doctor, he gave lectures on healthy lifestyle education several times.
At the same time, with an exemplary athletic lifestyle, his patients are guided in developing a healthy lifestyle. As a senior swimmer, he is a multiple national leader in his age group, and he was a multiple medical world champion.

He is also a member of the historical order of chivalry. Here he works for keep on the the memory of the heroes of Eger, by a memorial plaque, and by laying wreaths.
He has been a member of the Fertálymesteri Szervezet in Eger since 2005, and is still actively involved in their work.

From the National Medical Chamber, he received the certificate of Outstanding Athlete several times, he was praised by the Director of the Hospital for his sports results, and once received the Senior Athlete of the Year award from the city of Eger.

He gave nearly 40 lectures at medical congresses and articles in Medical Journals (7 of them he is the first author), e.g. Orvosi Hetilap, Magyar Trauma és Ortopédia, Transfúzió.

As a member of the Városvédő Egyesület, he also took an active role in shaping and beautifying the environment of the city of Eger.

By organizing several protests, the goals of the urban protection association were achieved, e.g. prevented the establishment of the Agóra cultural center, which would have cost 600 million HUF per year for the city of Eger. His banishment is still ongoing, although the Equal Treatment Authority also stated that he was removed from his job because of his work in the Chamber, and that was a retaliation against him.